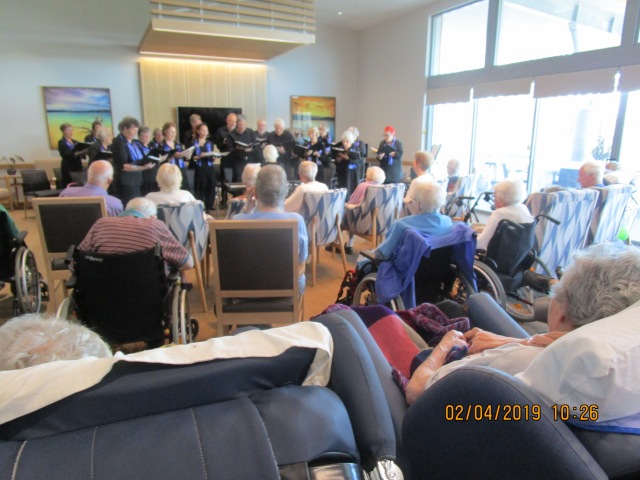 Our second concert for 2019 – and first weekday concert – was held at a new venue, Dovetree, Sinnamon Village. Due to Sue Stewart’s ill health (get well soon, Sue, we’re thinking of you), accompanist Prue Gibbs did double duty as accompanist/conductor – and acquitted herself brilliantly. The choir again performed songs from our 2018 repertoire. Full choir numbers were complemented by solos from Sue Stern (A Blossom Fell) and John McCollow (Bound for South Australia), and a duet by Joan Martin and Sharon Schinkel (Desert Song). John also handled duties as master of ceremonies. As always, the concert included a community sing-a-long.

There was a full and appreciative audience, which gives cause to think that this might become an ongoing gig for future years.